A big shout out to whoever at Jura thought of that nifty rotatable brew head. But, what more does the Jura ENA Micro 5 espresso machine have to offer? Not much.

Now we’re not saying the Jura ENA Micro 5 isn’t worth the purchase. After all, it is built with all the high-quality parts and craftsmanship Jura is so well known for. But, when there are other Juras on the market that do practically the same thing at a lower price point, we’re kind of left scratching our heads on this one. 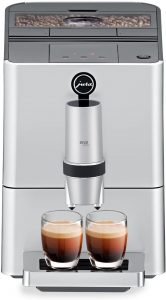 Let’s talk about what else the Jura ENA Micro 5 has. After all, it is a very sophisticated espresso maker that does produce fine espresso.

The Jura ENA Micro 5 is a very intuitive, simple to use machine. There isn’t a great deal of programmability in this machine; but sometimes that’s best, especially when you’re ordering up a straight espresso.

Like the Jura A1, the ENA Micro 5 does not feature a milk steaming mechanism. So the focus is purely on the espresso with this machine. The menu consists of just a few buttons that allow you to select ristretto, espresso, or long coffee. Additionally, you can adjust the strength of the flavor to some degree.

Now to the big selling point.

The espresso dispenser rotates. So unlike most super automatic espresso machines that dispense one espresso shot through two valves, this one will dispense it through one. And while with other machines you have to hit the espresso button twice, or select a double shot on the menu display, with the ENA Micro 5, choosing a double shot is just a matter of rotating the dispenser. 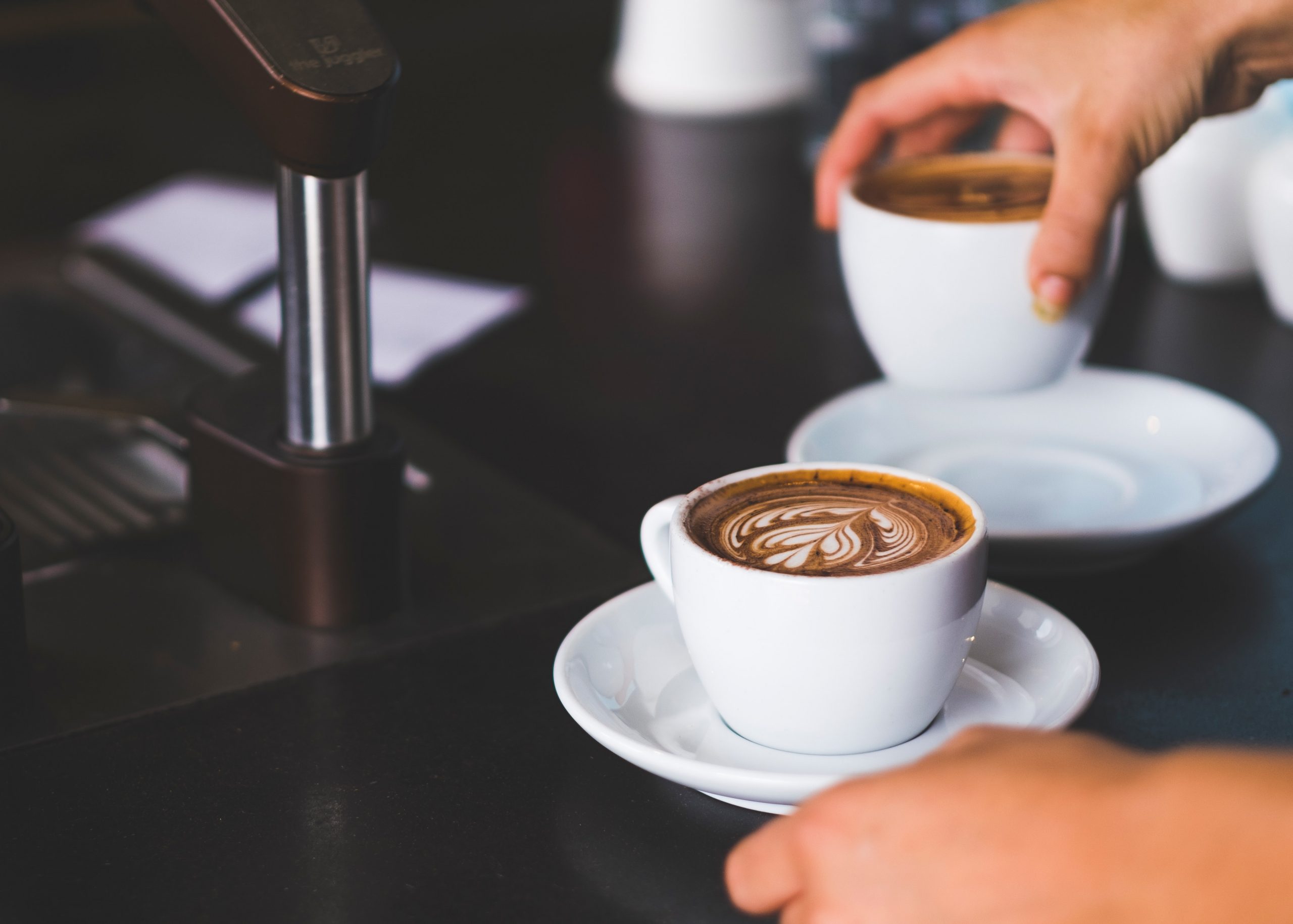 Seeing that there’s no milk steaming to worry about, and the programmability is minimal on the machine, the Jura ENA Micro 5 is very easy to use. All Jura machines feature brew groups that aren’t removable. So, keeping the machine clean is a breeze too, thanks to Jura’s superb internal cleaning ability.

The most work you’ll need to do to keep the ENA Micro 5 working well for you year after year is ensuring your beans aren’t too oily, keeping the drip tray and dreg bin clean, and replacing the water filter or descaling the machine.

Like most Juras the ENA Micro 5 is very reliable. It’s built with high quality components such as its G3 conical burr grinder, stainless steel thermoblock boiler, and signature brew group.

The Jura ENA Micro 5 comes  in a little below the $1000 mark. If you buy this machine, do it for that rotating dispenser feature since it does not have a milk steaming feature. It may not be a winner for a lot of us. But that’s not to say it’s not an awesome design for those who really want a simultaneously brewed double shot of espresso.

Someone who really loves superbly cultivated espresso will enjoy this machine. The ENA Micro 5 does its one job incredibly well. Specifically, this machine is for those few people who prefer to have the ability to dose out a double espresso simultaneously instead of having to successively brew one shot, then a second.

If you aren’t one of those people, but you like the rest of what the ENA Micro 5 has to offer, then save yourself a few hundred dollars and purchase the Jura A1. It’s essentially the same machine, but without the rotating dispenser.

There’s no reason you can’t get an equally superb espresso from one of Jura’s many other models, whether you go with a machine that will steam milk too, or you save some dough and get a simpler machine.

We just think that it’s the kind of machine that is a good value only for a small group of double espresso diehards.

Yes, the Jura ENA Micro 5 will produce a single or double espresso shot that’s rich, beautifully layered, with thick foamy crema. Jura does have the art of espresso down pat with this machine. But they have the espresso down pat with every other Jura machine too. The ENA Micro 5 has a nifty rotating espresso dispenser that allows you to choose between one or two shots.
But if the rotating dispenser is low on your priority list but you like everything else about this machine, then take a look at the Jura A1. It’s incredibly similar to the Micro 5 without the simultaneous brew double espresso feature. And, it costs lesser than the Micro 5.

If you need a machine that’ll do milk too, and you really love Jura’s reputation for high-quality machines, check out the Jura ENA 8. It’s the same overall build as the ENA Micro 5, but it has an added milk function that will deliver cappuccinos and latte macchiatos.