Saeco brings in the heavy lifter with the Royal One Touch Cappuccino Automatic Espresso Maker.

All that you wished you could have a home espresso machine if the sky were the limit, you can find in the Saeco Royal One Touch. With its super large capacity, full programmability, and unique milk steaming feature, the One Touch provides consistent and lasting performance for any demanding household or small office. This machine is fast, capable, and easy to use. 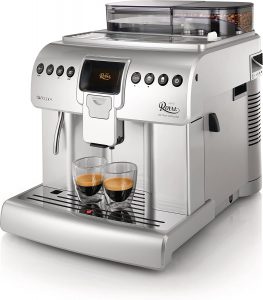 Is it Worth Your Money? 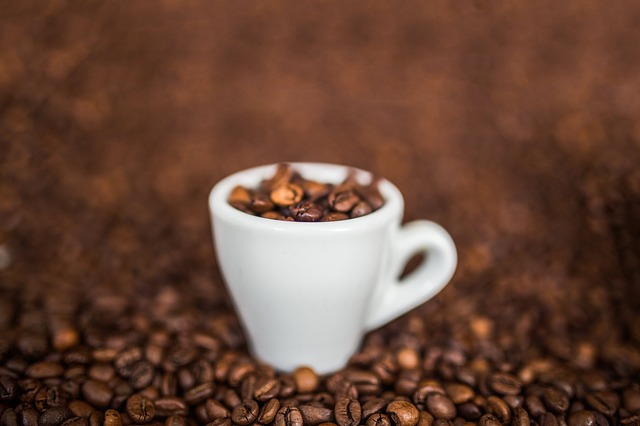 For all the convenience packed into this hefty machine, and Saeco’s reputation for quality, this machine is worth the money.

The Royal One Touch features two boilers instead of the typical one boiler system found in home super automatics. Two boilers allow the machine to heat water at two different temperatures – one for milk, one for espresso – simultaneously, so that you never have to wait on the machine. Two boiler machines usually mean a hike in price too. But Saeco didn’t get out of hand with their pricing despite this beautiful feature.

The Royal One Touch’s large capacity is the other reason this machine is worth the money. The water reservoir holds 74 ounces of water! They’ve replaced the standard 9oz bean hopper with a 12-ounce monster. And, best yet… the dreg bin holds 20 brewing cycles worth of grinds before dumping is required. 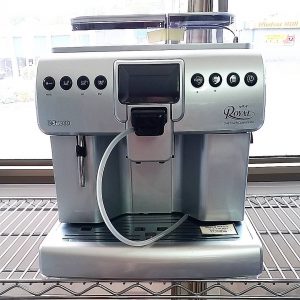 In addition to its large capacity and two boiler fabulousness, Saeco’s Royal One Touch turns customization into an art form. Not only can you program two espresso drink buttons on the left and two milk buttons on the right of the screen based on specific user profiles, but you can also control accessory functions with the touch of a button.

The steaming feature is a bit unique with the Royal One Touch. Yes, it’s a cappuccinatore system, but the machine comes with a 16 oz thermos style carafe that can be attached directly to the cappuccinatore tube, then placed back in the fridge for storage.

The carafe is double walled so that milk can stay cold on the counter for a short time while drinks are being prepared. So, mostly the system resembles a cross between a carafe milk steaming system and a cappuccinatore.

For such a giant capacity machine, the Royal One Touch is very easy to use. And it has the Saeco name and reputation for reliability.

All functions are genuinely one touch with the One Touch. Grind fineness is set with a simple lever on the outside of the machine instead of manual adjustment using a tool inside the bean hopper in other Saeco models. Near that lever is another lever to adjust shot volume within a maximum of 10 grams.

The removable brew unit is easily accessible via a handled door on the side. (And the brew unit inside has a handle too for easy removing!) Dreg bin and drip tray both pull out quickly from the front.

The screen is easy to read when you’re choosing which drink to make, and once you’ve made your selection, you’ll have the final product in about one minute, including pre-infusion of the grounds.

For all the function and capacity, this machine is well priced at below $2,000.

The jump in price from lower capacity Saeco super automatics is justifiable given the frequency of use this machine can handle before water or beans need to be refilled, and grounds need to be dumped.

Plus, adding a second boiler ups the game on the One Touch. The ability to make a drink in roughly a minute is a nice convenience that many busy people would appreciate.

The Saeco Royal One Touch is an excellent choice for anyone looking for a super high capacity machine. It’s built for high-frequency use at a rapid pace. So it is perfect for a hectic multi-user household or small office.

We love the ease of use in this machine. Programming user profiles are simple thanks to the easy to read the screen. Many cleaning functions are automatic, and accessory functions such as cup warmer power and auto shut off are programmable too.

The capacity of this machine given its price is nice to see. Stopping to refill water and beans often can be frustrating. Saeco removes the frustration with the Royal One Touch.

Too much machine for you? We don’t blame you. At nearly 40 lbs this machine is a beast. If you want a capable super-automatic, but maybe not that capable, look at the Saeco PicoBaristo. Its a few hundred dollars less, but will give most of the same programmability and functionality as the Royal One Touch at a smaller capacity.

If you’re shopping for your office and you’re looking to go even more user-friendly, check out the new Saeco GranBaristo (HD8967/47). You can choose between 18 different custom drinks, and you can make your selection from the app on your smart device!

Get popular and know the difference between espresso and drip coffee.