Theragun Vs Hypervolt Massage Gun Comparison: Which One Is Better For You?

Percussive massagers are like basic foam rollers on steroids [1]. Many athletes turn to deep tissue massage and percussive massage to relieve activity-related soreness [2] and ease tightness and achiness. Sometimes a foam roller is simply not enough, and massage guns are a better option.

Two of the best-selling recovery tools on the market are the Hyperice Hypervolt and Theragun G3Pro. These 2 recovery tools are similar in shape and weight and use deep-tissue, percussive movements to warm you up and cool you down after a workout.

If you’re considering a massage gun to help you with muscle soreness, you may be looking at the 2 top contenders: Theragun vs Hypervolt. Each of these tools has a slew of options to tailor your recovery to your physical needs.

Theragun is the cremé de la cremé of recovery tools. This company only produces one product, and they do it very well. It is ergonomically an excellent product and comes with a sleek carrying case. The intuitive interface makes it a cinch to use, and even if you don’t use the carry case, it’s small enough to throw into your gym bag.

Hypervolt is in a close second when it comes to quality and power. Their Hyperice Hypervolt model is on par with Theragun with its long-lasting battery power and intensity. Unfortunately, the Hypervolt is not as comfortable as the Theragun to hold, and for that, it loses some points.

If you want a massage gun to help relieve some of the aches and pains that come with an active lifestyle, you can do no better than the Theragun, especially the G3Pro. However, the Hypervolt comes in a close second for a slightly lower price, and it is quieter.

When figuring out which is better, Theragun vs. Hypervolt, you need to consider the battery life, its power, how loud it is, how many different options it has, and the various speed modes. 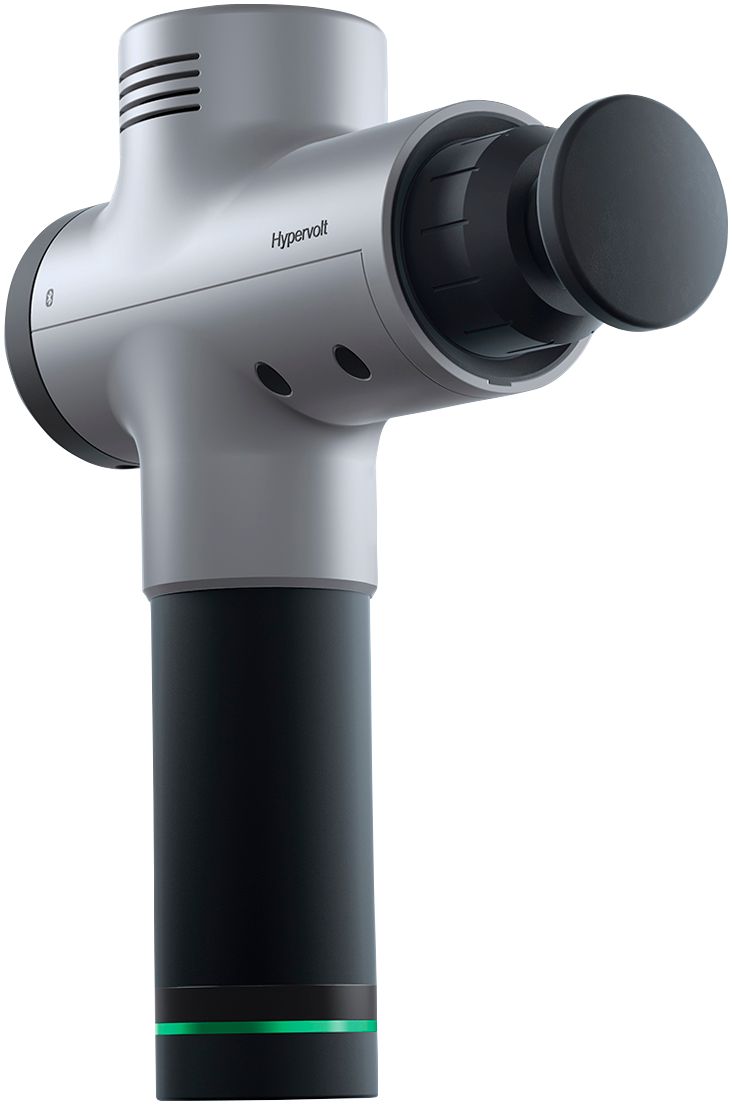 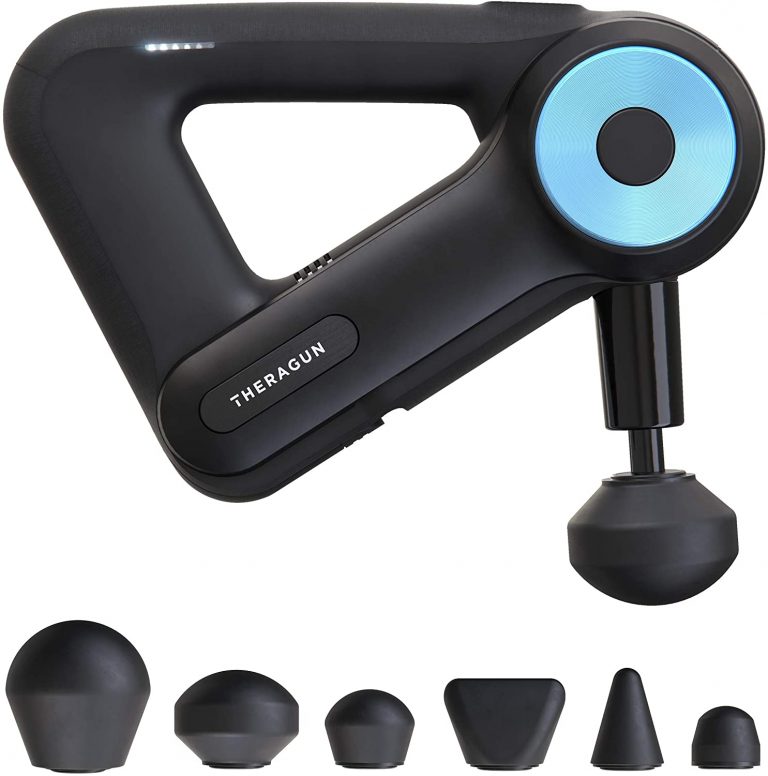 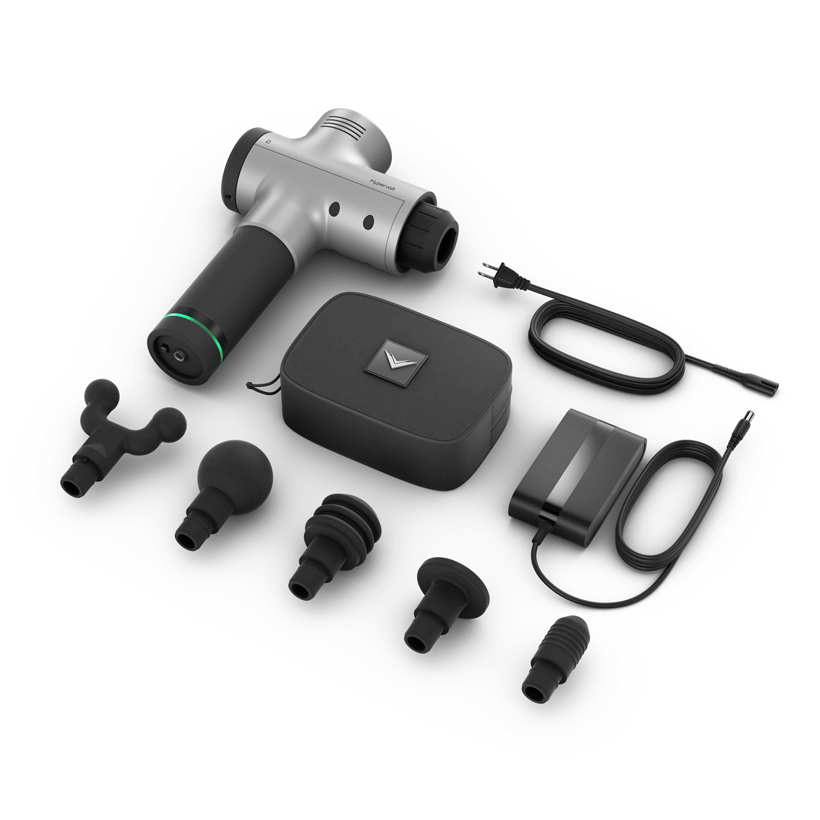 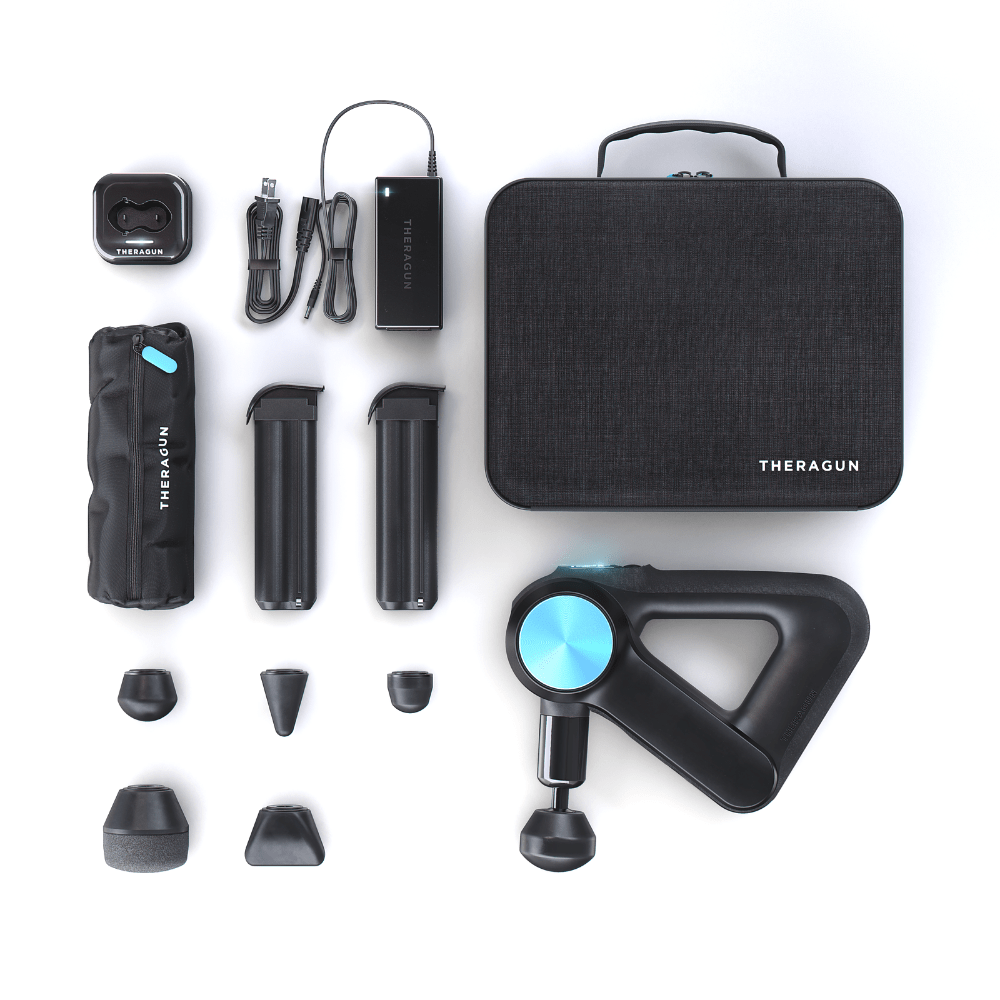 In the Hyperice Hypervolt vs Theragun G3Pro comparison, the best choice boils down to personal preferences. If you plan on using the massage fun in a public place, then the Hypervolt is an ideal choice because it emits much less noise while in use.

However, if you frequently take your massage gun with you to events or the gym, you may want to opt for the Theragun alternative, the G3PRO, as this product comes with a carrying case accessory, and the Hyperice doesn’t.

In the Theragun vs Hyperice debate, both come out on top when looking at intensity. Both deliver intense, sustained muscle percussions, so if you need a massage gun to work on deep, tight muscles, we would recommend both choices.

The Theragun G3Pro is 50% quieter than its predecessor, making it a much better option than the G2Pro. However, it still makes quite a bit of noise.

The Hyperice Hypervolt is by far the quieter machine. If you’re looking for a discreet, quiet massager, the Hypervolt handily wins this comparison.

Many athletes are concerned with ergonomic design. The Theragun is much easier to hold and use, especially with one hand. The on/off button’s placement is intuitive, and its three different configuration angles make it easier for the Theragun to reach those upper back muscles.

The Hypervolt’s 2” battery pack is embedded into the device’s handle, making it harder to use, especially one-handed. It is challenging to hoist over a shoulder and, since the Hypervolt doesn’t have similar configurations to the Theragun, getting at those hard-to-reach places can be a stretch. Turning the device on and off is a two-step process, not nearly as smooth as the Thergun’s ignition.

From a design aspect, the Theragun G3Pro lines up much better than the Hypervolt with an adjustable arm and a one-step power switch.

Both of these devices win in the strength department. With 3 different speeds and 4 interchangeable heads, the Hypervolt delivers at 3200 percussions per minute. Many users found it easy to progress from Level 2 to 3 with the Hypervolt. Intensity-wise, larger muscles benefited from option 2, and only some could handle Level 3, which users found quite impressive.

The Theragun delivers 2 different levels of intensity, and the interchangeability of its heads made this a handy, versatile machine for relieving soreness and tight muscles or tendons.

Neither massager wins outright in the charging ability category. The Theragun comes with two battery packs, a power charger base, and two cords – a wall unit and an AC cable. When the Theragun reaches the threshold below 50% (6 illuminated circles indicate battery power on the handle), the unit shuts off after 20 seconds.

While we understand that energy conservation is a priority, this is a mild annoyance. The most straightforward fix is to simply swap out the battery pack at this point like you would on a power drill.

The Hypervolt has a similar set-up but only comes with one Lithium Polymer battery [3]. It doesn’t waver and lasts longer than expected. After months of testing, we found it still held its charge admirably.

Although the Hyperice Hypervolt has impressive battery stamina and consistently delivers power percussive attention to your tight and sore muscles, the awkward design makes it difficult for one-handed use.

In the Hyperice vs Theragun comparison, the Theragun, with 6 interchangeable heads and an interactive app, regularly outperforms the Hypervolt. In addition, with the Theragun, you can track your usage or hone in on personalized wellness routines. Even though the Theragun is louder than its competitor, the adjustable arm helps reach spots like your upper back muscles.

The Hypervolt is a wonderful budget alternative with the same high-quality outcomes from a lower price point. It is quiet and will last multiple hours and then some on a single charge.

The Hypervolt’s additional carrying case, a must for transporting the massage heads and charging set-up, is pricey, making your total expenditure almost commensurate with the cost of a Theragun. In other words, since the case is expensive, you should weigh the attributes and deficiencies of each device equally, regardless of price.

If you’re unable to use the device comfortably, it doesn’t matter how long the battery lasts or how loud it is. Ergonomic design and ease of use quickly catapult the Theragun G3Pro to the top of our list.